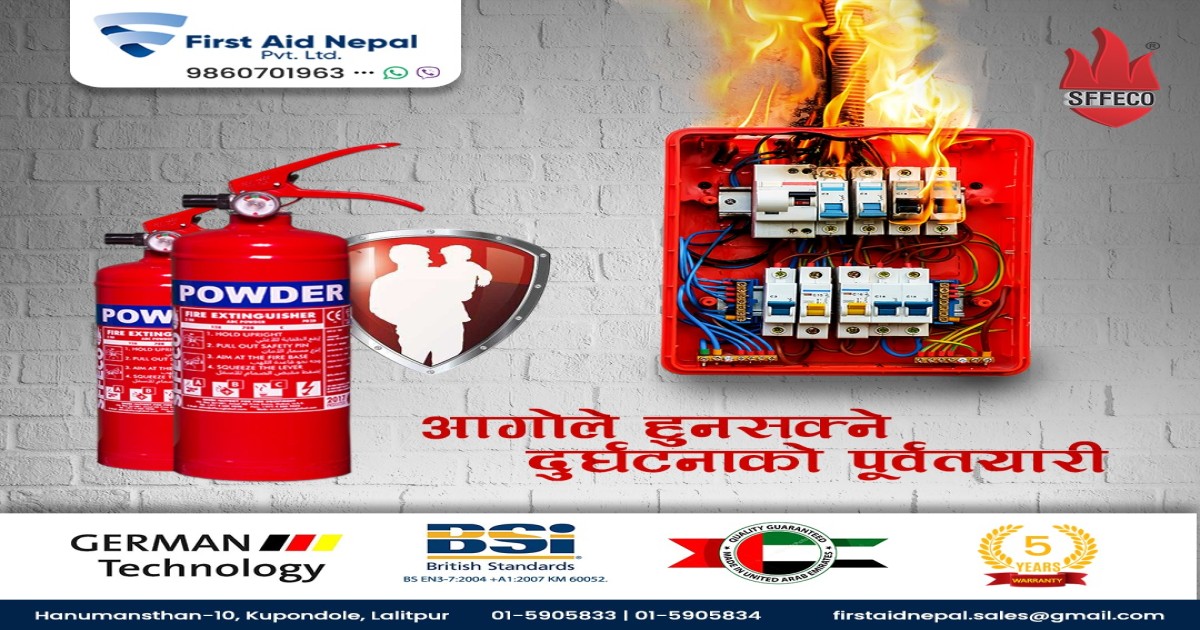 Fire has always been important for humans, be it for cooking or warming ourselves or anything that requires heat. Back when it was first discovered, we used to rely on natural fires to fulfill our needs. However, we have moved past this and can now control fire. Even better than this, we don't even need fire anymore; we have electricity to do virtually everything a fire does.

However, we have not entirely gotten rid of the fire. The thing about fire is that it can start anywhere as long as some conditions are met. All you need is a flammable substance and some heat. This is where the problem with fire lies - it doesn't need human intervention to start. Forest fires are natural disasters that are relatively common in dry places.

Although humans are safe from fire hazards for the majority, we still are not immune nor completely independent. Some of the most common causes are electrical devices. A single spark of electricity near a flammable object is enough to burn the entire house down. This is where fire extinguishers come into play. But what are they?

What are fire extinguishers? 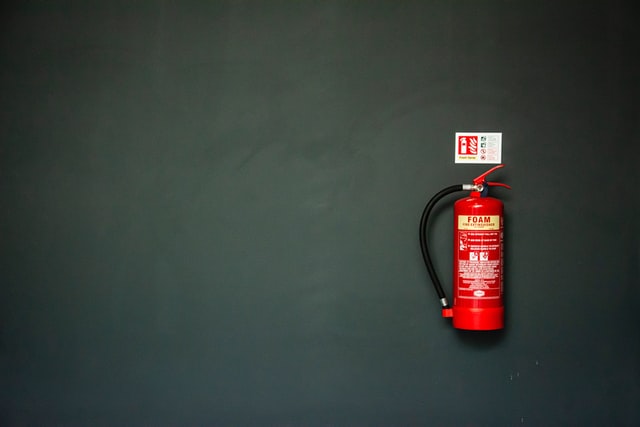 As its name suggests, fire extinguishers are devices that put an end to or destroy fire. This is the general definition of a fire extinguisher. It is simply a device you use to put out a fire in case of an emergency, i.e. a fire safety measure. If you have visited any large commercial buildings, you may have noticed a red canister with a hose attached at the top and a small bulb like thing on the ceiling. This is a fire extinguisher and fire alarm system.

You aim this device at the fire and pull the trigger to kill the fire. It's that simple! It is among the most effective ways to save yourself from a small fire. This is why you must have a fire extinguisher at home. Although it can be a bit expensive for regular people, the investment will be worth every coin you spend.

That said, have you ever wondered how a fire extinguisher works?

How does a fire extinguisher work? 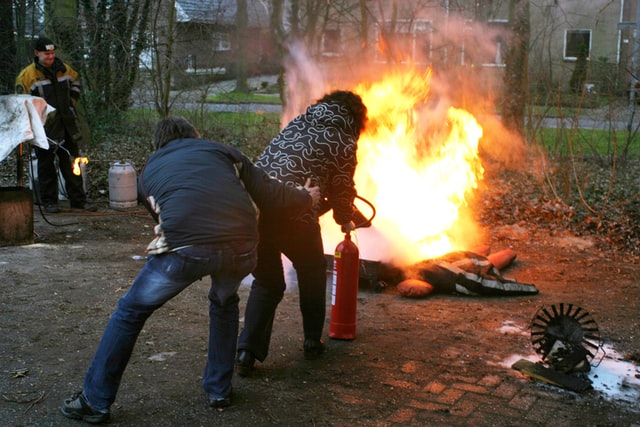 Fire extinguisher service knows that a flame has three significant components - heat, fuel, and oxygen. When heated beyond its ignition point, fuel starts to burn in the presence of oxygen, for those wondering why "oxygen" is because a fire cannot continue to burn without this chemical support of fire.

Before you put out a fire, you should know the suitable fire extinguishers to use. If you want complete guidance regarding the types of fires and fire extinguisher class, please do contact us - our experts will provide you with every information regarding fire, fire extinguishing and fire safety type services for the home.

What is a Fire extinguisher Class? 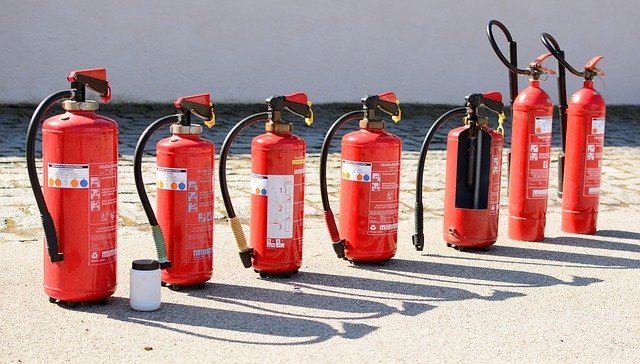 As we mentioned, these devices are divided into different classes. These classes are based on the type of fire. You see, not every fire is the same, and if you use the wrong extinguisher, the flame may grow more prominent instead of dying. One of the most common examples of this is using water to kill the oil-based type fire.

Water is one of the most common types of fire extinguishers. However, when it is used on oil fires, it instantly expands and increases the fire instead of putting it out.

So what is the fire extinguisher class?

Under Class A, we cover fire extinguishers that are used in fires caused by traditional materials such as wood. Cloth, paper, and other general materials.The flames caused by or occurring on common material are also known as A-type Fire or Class A fire.

The fire extinguishers in this class are primarily used to put out fires caused by flammable liquids and gas.This includes everyday fuels such as petroleum, tar, oils, alcohol, kerosene, oil-based paints, greases, etc.

If you need to kill fires caused by or include electrical equipment, then a Fire extinguisher Class C is the one you need.

Did you know that Metals catch fire as well? Metals such as Sodium, potassium, and Magnesium are prone to fire. If you encounter such fire, seek Class D of the extinguishers.

This one is meant for kitchen fires or, in general words, fires caused by and on vegetable oils and animal fats. 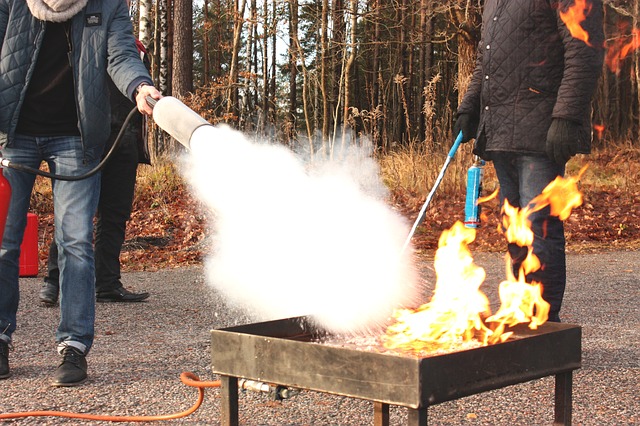 Fire is started when combustible material is exposed to oxygen or any other oxygen-rich compound and reaches the flashpoint (the point of ignition).

The only issue with this is that the flashpoint varies according to the materials. This leads to a strange situation where some flames are hotter than others and require various materials. Some fire extinguishing systems are great for one type of fire but hazardous for other classes.

With all of this in mind, let's look at some common materials used in fire extinguisher services.

Water is the got to for Fire extinguishers and is among the most versatile to put out fires that are of low or average heat. It lowers the temperature and separates the fuel from the heat under normal circumstances when used.

There are a few drawbacks of marine fire extinguishers (water fire extinguishers). One of the most prominent ones is that you cannot use this if the fire is extremely hot. This causes fire to evaporate before it reaches the fuel source. Since water is basically oxygen with hydrogen, evaporated water provides more oxygen that can help the fire.

Water essentially acts as a fire blanket, preventing the fire from reaching the fuel source along with blanketing it from the heat.

While water cuts off the fuel from the heat, carbon dioxide works by cutting off oxygen from the fire. A fire cannot burn without Oxygen - that is a given fact.

By replacing the oxygen with a heavier carbon dioxide gas, the fire loses its source to maintain the heat and then collapses. This is great for using as a Class B and Class C fire extinguisher.

There are a few drawbacks. The first one is that you cannot use this in an open and windy location since the wind can essentially disperse the gas. The second one is that Carbon Dioxide fire extinguishers have a relatively short range which can be impractical in many situations.

Being the third most common type of fire extinguisher, it is among the most versatile ones as well. The premise behind the Dry Powder Fire extinguishing system is simple - cut off the fuel from heat and oxygen.

Since these are essentially dry heat-resistant powders, you don't need a specific can to hold them. It can easily be compacted into fire explosion balls that explode and disperse the power when in contact with flames. These balls can be thrown from a safe distance, making them easier and safer.

There are a few drawbacks. The first one is that without proper fire extinguisher training, you may find it hard to throw these small balls properly. Another one is that if it is used improperly, the powder can sometimes absorb the fuel and help the fire instead.

You can see Dry Powder type Fire Extinguishers being termed as Class D for the most part. However, they can be used in some specific metals as well, so they do have some form of versatility. Because of this, you can find some ABC type fire extinguisher (ABC fire extinguishers) as well.

How to use a Fire Extinguisher? 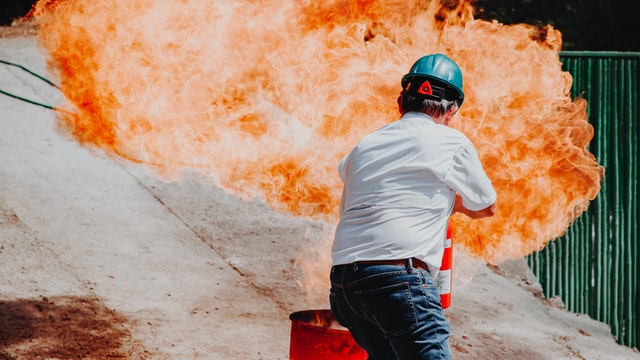 Now that you know what a fire extinguisher is, its classes, and some common materials. It's time to know how to use one. If you have never used any form of fire extinguisher, then don't worry - it is extremely easy.

All you need to do is follow the Pass guidance step. This essentially says:

If you have a fire explosion ball in your hand, then the step is even simpler. You need to step away from the fire and throw the ball. The paper covering will ignite and cause an explosion that releases the dry powder agent to kill the fire.

Where Do you Buy Fire Extinguishers in Nepal?

The question now remains, where do you buy fire extinguishers in Nepal? If you are wondering about this, don’t worry anymore. You can visit our products and choose from many of our portable and trolley mounted fire extinguishers of at an affordable price.

It’s either this or visit every hardware shop around you. Even then, you may not find the fire extinguisher you need. Instead of this, clicking a few buttons and waiting for the delivery is much easier. Our experts will provide you with complete guidance on using every type of fire extinguisher.

A fire extinguisher is among the extremely important first-aid kit for our homes. Although it is always a good idea to prevent first from starting in the first place when it does occur, having a any type fire extinguisher at home is a great option. If you react quickly enough, you can leave with just some burnt materials and smoke stains.

However, if the fire is beyond your control, immediately call a fire extinguisher service and leave the house.

If you need such security cameras or just want to purchase any type fire extinguishers, feel free to contact FirstAidNepal!

We hope this was helpful for you. If you have any suggestions for us, do let us know. Thank you for reading till the end. 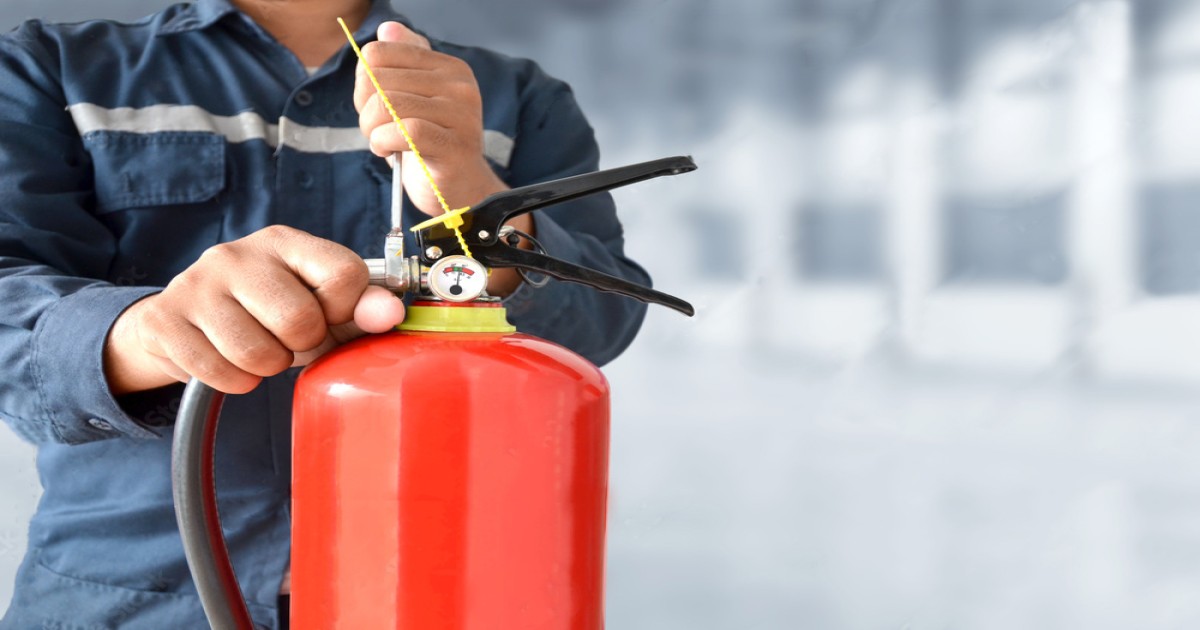 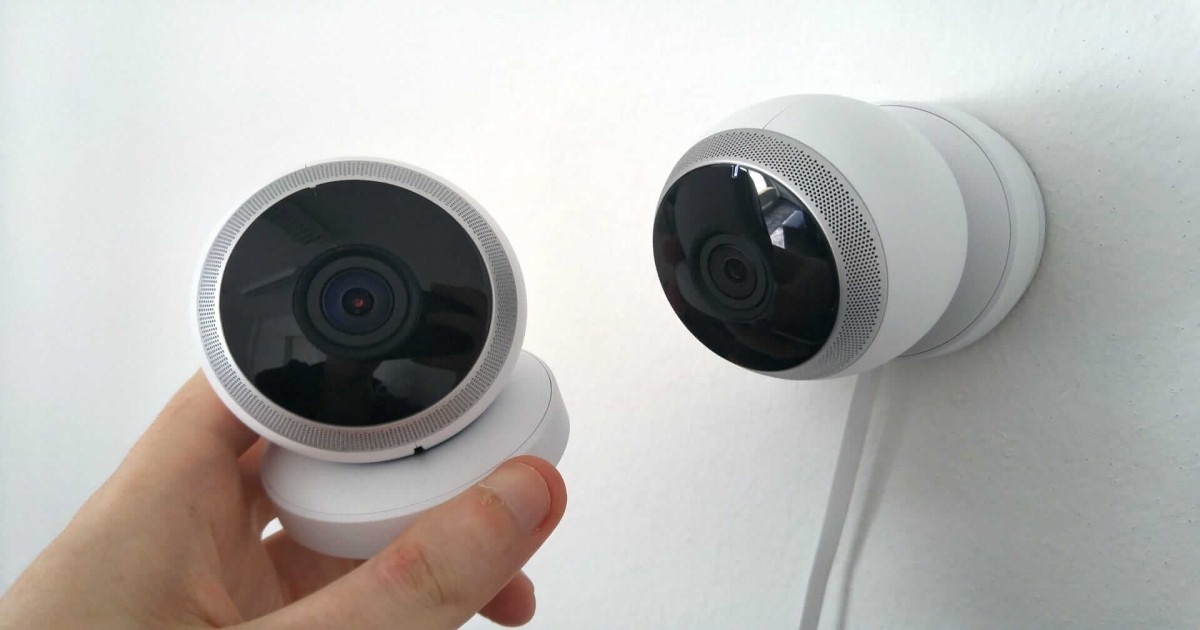 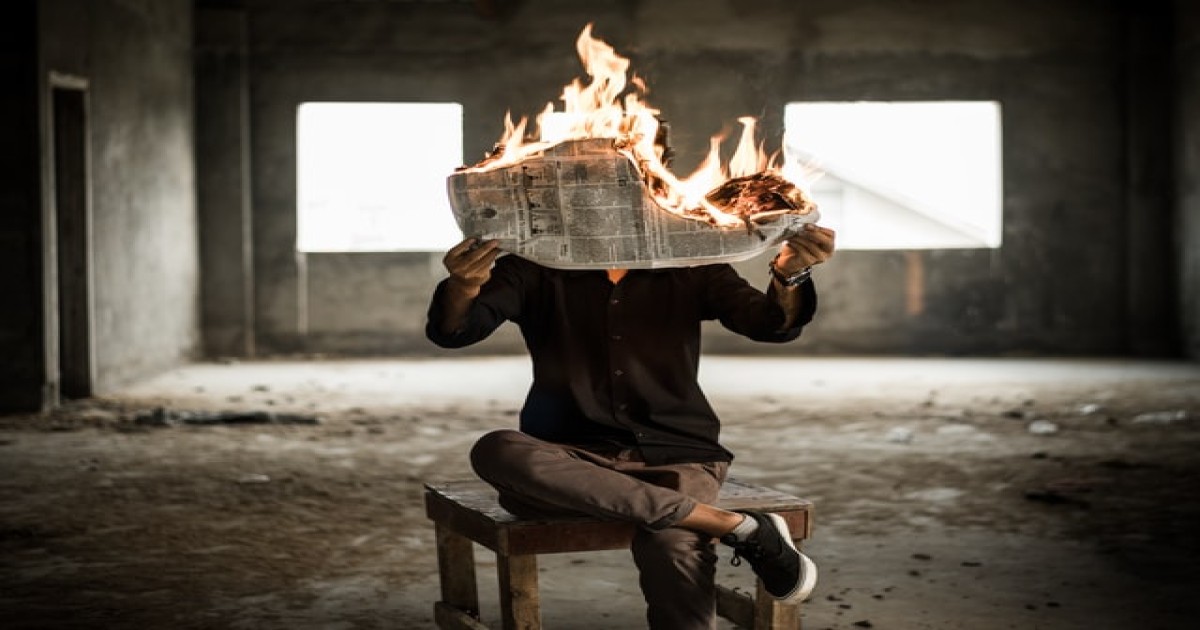 Fire Safety Myths and their Truths! 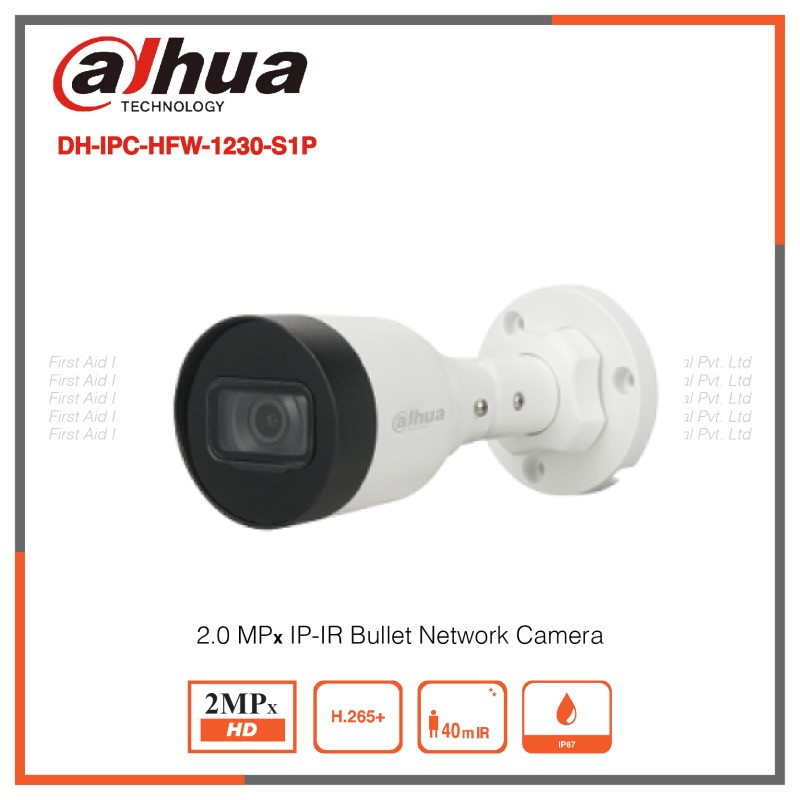 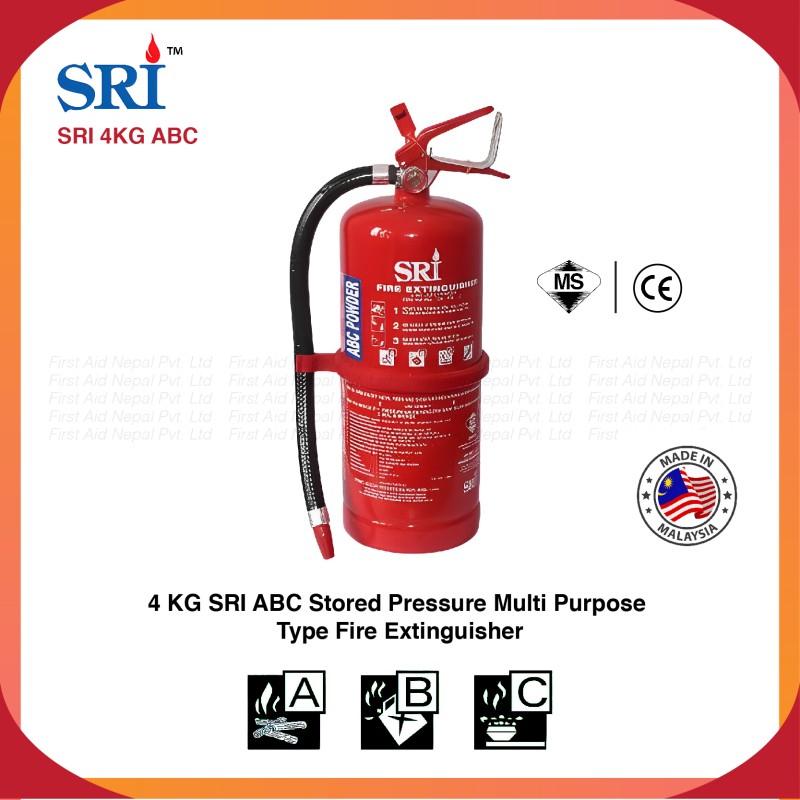 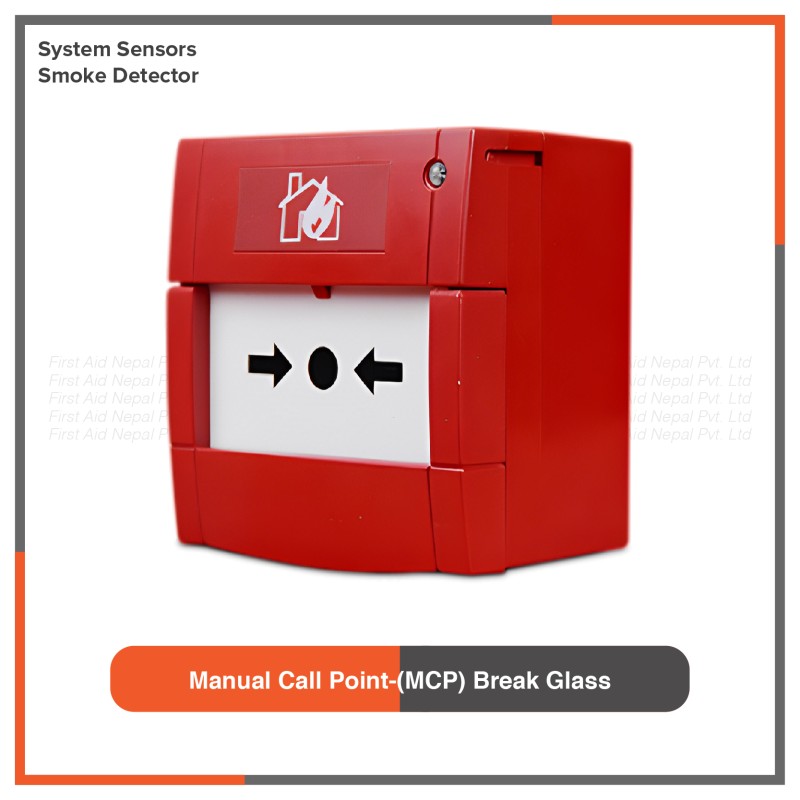 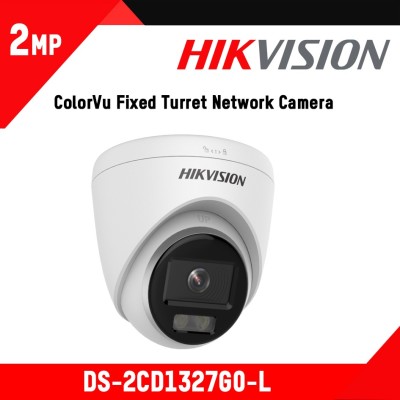